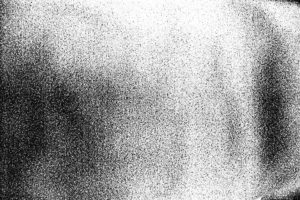 You don’t have to be a Buddhist to recognise that life is mostly a road of suffering and pain in various degrees. Even though you are a lucky one born with a brain and neuro-chemistry that produce a mostly happy consciousness, the notion that you are going to die and everyone you love are going to die, many before you die, is a source of darkness. Most suffering is nothing we can do about, and suffering is obviously a main part of life and evolution on this planet, but every enlightened persons deep wish should be to eliminate MAN-MADE suffering. Only a psychopath are indifferent to others suffering, and any sane person – in various degree – get upset by others suffering, especially Unnecessary Suffering.

The socio-cultural inflicted sufferings are the easiest to eliminate and there are no malignant side effects when eliminated, and those sufferings have no evolutionary function or ”meaning” at all. They are all just distortions, they are errors in the machinery of Homo Sapiens biological existence and development. They are bugs in the socio-cultural operating system.

Many man-made sufferings – for example pollution and global warming – are very important to fix, but here I will focus on the stupidly unnecessary suffering that can be fixed so easy that it’s hard to comprehend, and the fix causes no harm or disturbance for third party, and the fix does not have a following period of temporary conversion problems and frictions, no decline in living standards or weakening protection against the elements, no economical downside and technical disruption. The reward is immediate without ANY side effects. It’s a morally and practically full proof project.

Note: The word ”socio-cultural” for me (of course) includes religion, because for me religion is just a cultural expression. This should be obvious for everyone, but I still have to make this note because there is a common confusion about this, so: Religion is Culture, nothing more, nothing less.

Here are SOME examples of some man-made unnecessary suffering:

Persecution of Homosexuality (and ANY form sexuality amongst free adults):
Humans sex-life/love-life/sexual preferences are private individual matters. Who have consensual sex with who – and how – is NOT anything that should be of ANY concern for ANY other persons than the persons involved in the relation and act. It’s absolutely on the same level as the fact that some people likes apples, other likes pears. If you can’t accept people eating pears, it’s your problem and you can just look the other way and go on with your own life and eat your apples. That’s all. If you dislike that some people write with their left hand, live with it and get a life.
Homosexuality is obviously a part of Nature (and thereby not ”harmful” in that sense), it’s common in many, many spices, and most important of all: it’s totally harmless and it does not threatens others ability to survive, individually or collectively. It’s either productive or destructive. It IS. If you consider ”love” as a valid contribution to the collective as a whole, you might even say it’s productive. Whatever: It’s definitely NOT destructive. If homosexuality was ”un-natural” or ”harmful” for our species in any way, it would have been ejected from human behavior by natural selection, it would have been erased from our DNA since many thousands of years ago. I believe that a certain percent (5-10%?) of any population, in any culture, in any time of human history, are born with a DNA that is predisposed for bisexuality or homosexuality. It’s just a harmless variation like many other harmless variations.

Honorary violence: Violent punishments for family members harmless acts are a distortion in human behavior, sprung from sick Culture and have no fruitful outcome. It’s degenerated behavior, it’s kind of a mental sickness, a psychosis. It’s the denial of a persons individual status, denial that they are a ”person”, and that may be one of the most evil denials ever executed by man. The notion that family members in some dark magic way represent each other is imbecille and evil. All creatures are autonomous organisms and can only represent themselves. Honorary violence is local proto-fascism.
If family members are embarrassed or in any way disturbed by another family members thoughts and behavior, they can express that with words and e.g. refuse to socialize with him or her, like they can do with any other human being, but any form of violent punishment is evil and wrong, even from an evolutionary perspective; to in any way reduce offsprings and relatives opportunities for life and prosperity, is a violation against Nature. Honorary violence is a ”crime” against life itself.

Drug policies: The war against drugs have caused enormous amounts of unnecessary suffering, thousandfold more suffering than the policies were supposed to prevent.
Lethal drugs – e.g. Heroin – can stop stop breathing reflexes in small doses and have to be heavily regulated of course, like any other poisons like e.g. cyanide. But most drugs on the illegal list are less harmfull than e.g. alcohol and nicotine. Cannabis and Psychedelic drugs are almost harmless compared to many other molecules on the legal market today (not even neurotoxicity have been scientifically proved). Legalizing Cannabis and Psychedelic drugs would reduce huge amounts of unnecessary suffering in society. Not only directly, but also indirectly if more citizens preferred e.g. cannabis instead of alcohol. The benefits from reduction in alcohol consumption can’t be overstated, it could change society in a profound way, it could be a sensational drop in violence and crime.
Today societies put harmless people in prisons for distributing and/or using almost harmless drugs. We destroy families by putting fathers and mothers in prisons, children growing up with one parent behind bars, for almost NOTHING. And we all pay billions and billions for the juridical machinery built around this lunacy, meanwhile organized crime takes over chunks of our cities and violence soar.
Gladly this is one of the Unnecessary Sufferings many nations have started to deal with. One day people will look back at this collective psychosis and wonder how it could happen, how we could let this madness go on for so long time.

Bullying (systematic bullying from group against individual under longer period): Bullying amongst children should be any civilized societies enemy number one, at lest one of the main priorities. A nations effort (human resources, time and money) to reduce systematic bullying is a yardstick of the level of civilisation in that nation. The short-term and long-term suffering and damage caused by bullying can’t be overstated. And bullying amongst children is totally unnecessary, mostly sprung from Culture (shorter episodes are pure biology though) and have no benefits for any individual or for any society as a collective. It’s just evil bullshit and it can be eradicated without any negative effects and without huge investments.
We have decided – by law – that parents have to put their kids in schools for many years. We create collectives – more or less at odds with human biological behaviour operating system and individual differences – where our kids spend a big part of their life from very small to almost adults, packed together with strangers in tight defined spaces. So, as parents we should demand zero tolerance regarding systematic bullying when we ourself have no chance to monitor our kids, no tools to protect them and no way to intervene. And; the kids are not there voluntarily and they have no power and no way to escape, it’s a very ”un-natural” situation, it can damage developing brains (mostly related to stress and the hypophysis) for life.

I’m sure the list of significant unnecessary sufferings is much longer than this, but I stop here and publish a ”part 2” when time comes… or, in better words; when causality brings it.