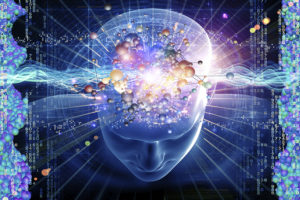 For me there is no reason to expect a creator just because we can wonder and ask if there is a creator. I find no reason why there should be a ”divine” or ”main” consciousness just because bio-systems on this planet – e.g. Homo Sapiens and other animals – have evolutionary developed a brain that can produce consciousness. Just like I don’t believe it’s plausible for a divine source behind insects reflexes or chemical reactions in a lake.

I can understand that many have emotions that demand or wish a consciousness preceding or behind our consciousness, but that’s no argument for me. If consciousness creates dualism, it’s nothing more or less than consciousness creating anything else that are not science. The brain can create dreams and mythologies too and if you stimulate it with certain molecules – for example tryptamine – it can create very different experiences of being alive.

For some the pure fact that anything exists at all is a strong indicator – or even a proof – of a creator or force behind it all. That is an argument weak as an argument that there must be a creator even if nothing existed; nothingness must have a creator too if existence needs a creator. For me there is no difference between those two states when it comes to the question of a creator or no creator. And the fact that some bio-systems on one or many planets developes a neuro-chemical reaction called consciousness does either make the creator-case stronger or weaker for me.

For me there is no reason for consciousness not being unique for bio-systems on just this little planet in the Universe, like I suppose there are many other things that are unique for just this little planet (e.g. the chemical structure in our atmosphere). Even if consciousness exists on other planets or places in Universe, even if it is common like hydrogen or iron all around the Universe, it makes it no more likely or unlikely of a conscious ”master” behind it all.

Consciousness IS a mystery and maybe science will never explain how it emerge and what it is, but ignorance is no descent source for dualism. Cosmos is full of stuff we don’t understand, consciousness is one of them. The mere fact that we are ignorant does not make a strong case for a divine force behind the Universe.

I don’t like this and I really wish there was a ”meaning”, a ”reason” and a ”master plan”, but I can’t believe it and there is no signs of it.

I wonder if consciousness is an important skill evolution gave us, or a bug in the system, a side effect of our cortex dramatic development. It’s a well of gigantic suffering, but it seems that the benefits of a consciousness overrides the horrors it produces, if not we would be unconscious robots. Maybe we will be one day, this state of being a conscious robot is not stable in the long run, maybe we chose to upload our consciousness to non-bio-material (silicon etc) and then we can ”live” forever, because that’s what it’s all about: death. Consciousness and death is a terrible combination.

On the other hand; all this existential angst is just a drama for the few i believe. The evolution have obviously implemented a repression mechanism in our brain and the short attention span we have also keeps the naked cold truth at a foggy distance. All the constant flushing of internal narcotics (oxytocin, melatonin, serotonin, endorphins, etc) also keeps most of us busy with living moment to moment and pursuing – real or imagined – rewards in the near or far future.

So, the dream goes on for most, but of course it’s pure hell for people who live in the naked cold truth and have a disordered balance of chemicals in the brain. They are a minority and thanks to that the evolution did not erase consciousness. We are stuck with it. A blessing or a curse? It is what it is, we wouldn’t miss it if it didn’t exist and without it I wouldn’t ask this questions…or maybe I would but there would be no ”me”, just an automatic unconscious output from given series of inputs. Like a (todays) computer. But would it be a question then? I suppose only a conscious agent can ask a ”question”. Or? Isn’t – for example – bio-chemistry a series of questions, answers and problem solutions? The cell ”ask questions” and checks the local environment, get answers and reacts with DNA instructions and local rules, and building up – for example – an organ cell by cell outwards from it’s position. Even – for example – oxidation in ”dead” materia – or down to electrons behaviour and radiation phenomenon – can be regarded as a series of ”questions” and ”answers”, information redistribution in other words.

So, if a conscious animal asks a question, it may be just an automated chemical reaction, and there may not be answers for all questions. I see no natural law that states all questions must have answers and if a question is a broken construction from start, it will not find an answer. It’s obvious that our consciousness – made for an apes survival capacity in macrocosmos – are incapable to understand – for example – the quantum phenomenon in the microcosmos.

Maybe questions creates answers, maybe consciousness creates Cosmos. No, I don’t really believe that, but it’s an interesting thought and it explains a lot of strange things in life and ”reality”.

I know one thing though; my consciousness – the ”me” – is the only thing I can be absolutely sure exists.