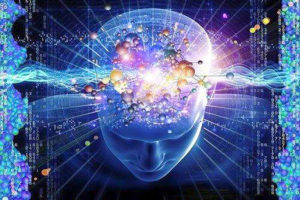 I regard our familiar consciousness as just one of many possible ”reality” manifestations that a human brain can produce. I believe there is potentially many, many other forms of consciousness and what we regard as a normal consciousness is just a result of the brains wast job of regulating our inner neurochemical processes, and our senses chaotic influx of information from the matter and forces surrounding us. The result – after our brains heavy reduction, depression and compression – is an illusion that support our fitness to survive, and it’s coherent with other humans illusions to a degree that we can communicate and cooperate.

How much of this illusion that is coded in our DNA and how much that is modulated by the influx from reality outside our body and brain, is an ongoing scientific discussion. I leave that one for this time and – incidentally – our reality may all be just projections from inside our brains as suggested by one (of many) interpretation of the quantum mystery (e.g. the double-slit experiment).

One of the common ways to alter an individual standard consciousness (except dreaming when sleeping) is meditation technics, but it’s not working for everyone and the result has varying results. The other way – that gives almost one hundred percent result – is chemical input; psychedelic drugs.

Human brains are extremely well adjusted to find patterns and causalities. Most are real and one of Homo Sapiens most important tools for survival, but it’s obvious that this function often run wild and we all are sometimes fooled by imagined patterns and causalities. Evolution have put so much emphasis on this brain function and I suppose that to many positive results of patterns and causalities, is better than to few. The brains over-capacity in this regard have been beneficial regarding survival. It’s a part of our overall cautiousness that made our ancestors hide or run instead of being dinner for other animals, to avoid the dangerous shortcut in favour for the longer safer detour, hate harmless snakes and avoid toxic food (for the price of missing many good foods). And so on.

It seems that people sees false patters and causalities in different levels and amounts, we are not clones and some are more prone to interpret false positives when other can better sort the fakes from the real, or at least be sceptic about patterns or causalities that are not obvious, that have few or none fact based tests (science) or few statistical notations (experience). So, it seems like some brains are better to detect ”quasi-patters” and ”quasi-causalities”, how much of this that are based in pure IQ and how much is an emotional bias, I don’t know.

Though, even well educated and sane people with a documented history of scientific attitude and morals, have shown shallow and embarrassing stupid conclusions when it comes to their experience with psychedelic compounds. Regarding e.g. DMT or Psilocybin they talk about ”downloaded information”, ”external consciousness” and ”connections from other dimensions”.
This is where reason ends and ”new-age” begins. Even seemingly reasonable people start to build up fiction from the mostly incomprehensible neurochemical sensations from a trip. They adapt it all to their normal conscious and cultural reality, they press it all down a matrix of our ”normal” consciousness with common symbols, language and metaphors.
The strange thing is that they do not do this when it comes to dreams; the trip we all take every night. And the framework for all those stories they build up from trip experiences seems to follow trends and technology; the old ones had a lot of animals, symbols and objects from the nature, today (in Europe and USA) it’s a lot of high tech, sci-fi and aliens.

It’s okey to force our culture and language on trips, it’s cultural expression, communication, art, etc – but it has nothing to do with reason and science.
I don’t see any dualism in a trip more that in a dream or strange things that happen with brains under trauma (near death experience, concussion, hypnosis, meditation, cerebral hemorrhage, etc). But I do understand that a trip can make people emotional tuned to religious mystery, even though I regard it as dull to drag down a fantastic experience to simplistic old symbols and concepts. And I find the scientific implications regarding psychoactive molecules – and the potential coming scientific revelations – far more exciting than old mythologies in modern costumes.

I’m sure that the science explosion when it comes to Tryptamine will give beneficial results for mankind. In a near future we will treat brain disorders (e.g. clinical depression and PTSD) and (some) chronic pain with new medications based on Tryptamine research. I’m sure the list will be long of potential clinical use of the results and the research will open up doors into our understanding of the brain and consciousness. It may be one of the most revolutionary science projects in history.

What about ”recreational” use? Well, I believe that most adults (best to be 25 years and older when the brain is fully developed) can benefit from tripping. If you are a grown up, have no history of psychotic disorder yourself or in your family, I recommend at least one trip. For some maybe one every week, or every month or every year.

If we ignore the ”spiritual” dimension, just the mere experience that your consciousness is just one version of existence, that there is many other worlds inside and/or outside of you, will do something with you and the statistics are clear; a wast majority testified (in clinical tests) that it was an important experience, some say it’s life changing (in a positive way) and many assures that it’s the most or one of the most important experiences in their lives. That’s strong statements and it’s not from ”hippies” or ”freaks”; the clients in those clinical tests where ”ordinary” people.

The sensations regarding vision, colours, audio, etc, are just the fun (or scary) fireworks (if they emerge). The incredible phenomenon when the brain shifts from basic network state to other variations of existence, when thresholds dissolve and brain regions connect in novel ways, presenting other existential possibilities, when information bundles in new patterns, insights in generally subliminal perceptions, ego dissolution, boundless connection with ”everything”, losing identity, etc; that’s where the gold is.

Wether this mental journey subsequently leaves a person with only emotional adjustments/imprints, or also becomes the source for a new philosophy and change in a persons view on life and what to do the short time she’s breathing on this little obscure stone in the wast Cosmos; it IS profound, it IS important. Like many important things in life, it’s impossible to explain WHY it’s important.
What individuals experience with psychedelics is highly personal and every brain is wired more or less different. We are not clones and a persons DNA, life history, physical condition, metabolism, IQ, education, neurochemistry, etc, etc; results in endless variations of what an individual experience, how she interpreters it and what she will do with it.

So, I also believe that if a majority of all adult people on earth would use psychedelics now and then, the world would be a better place. Yes, I believe that it would bring down – for example – violence and reduce man-made harm on the biosphere. In the long run. Only people who have tripped understand this and know that it’s not a crazy statement.
Anyway; this will never be proven or disproven, because this will never happen. Even when this molecules become legal in West (they will and have never been illegal in most parts of the world), they will not be commonly used. Most people doesn’t want doors opened to other worlds, most people don’t want to ”lose control” (but they ”lose control” every night when they fall asleep and in fact they have no real ”control” whatsoever to ”lose”…but that’s another story, the Free Will story).

Maybe I’m wrong, maybe it WILL be common to trip in the future for most ”ordinary people”. If we first had a general shift from alcohol to cannabis in society, and then a normative use of Tryptamine (maybe once a month or once a year), I’m absolutely convinced it would be beneficial for mankind in so many ways it takes a week to list them all.
Maybe most important is that – for a swift reduction of harmful human operations – people in power, the individuals actually controlling much in this world, start to consume Tryptamine on a regular basis. That would sure result in a paradigm shift for mankind on many levels.
If you don’t believe me – or even regard my guessing as crazy – take a couple of trips and read this text again.