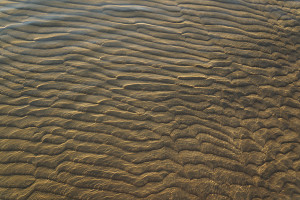 For a while – some years ago – I had a short period when Quantum Physics gave me hope that there is Free Will. But it was just an emotional thing – I was still deeply in love with Free Will and I could not accept a divorce yet. Causality made me keep my illusion of Free Will but causality then woke me up to the brutal truth. It’s like the dogma-religious people wanting miracles to nurse the specific faith and then one day just see the plain truth; it’s just another fairy tail. No more, no less. Just another saga.

The Quantum Physics unpredictability does not give us Free Will. Why Heisenbergs uncertainty principle – or any other quantum mechanic thesis – should manifest Free Will in Homo Sapiens brain is for me not logical. Why should this happen in just one structure in universe – the cortex of a primat called man on a little blue-green planet called earth? If one believe that biological evolution on this little stone in the wast cosmos have produced a super unique structure that can bend the path of causality – well, for me that is religion. Or just delusional hybris. Narcissism?

I’m sure that the real heavy Quantum Physicists don’t draw such a drastic conclusion from the theories of quantum mechanics. I think it’s something that only some “popular scientists” does – it’s a media spectacle and some deep people – who actually think about this things – want to hear it.

Why should chance or random behavior in for example electrons be a source for Free Will in the human brain? Just because universe is unpredictable – all of it or just in micro cosmos – it does not become consciously manipulatable by a two legged ape. It has nothing to do with each other. You can also say – with the same twisted logic –  that this unpredictability is a proof of a god or gods. Or that even if we had Free Will it would be impossible to execute it because of the random chaos. Or…anything.

Maybe there is unpredictable layers in the universe (I don’t argue with Quantum Physicists) – or maybe we just don’t have the tools/math/parameters yet to make a prediction possible – anyway it does not change my view on Free will…it does not even touch it. I’m sad to say that.
And if this – by some miracle – gave us Free Will…what could our consciousness do with that? Who will execute this Free Will – this opening for choices between many possible futures? Consciousness is just a self-modeling illusion and to have Free Will in an illusion created by a subliminal automatic biological electro-chemical neuron system is…well, still robotic.

And; there is nothing like “a little Free Will” or “Free Will in some meaning”. Either there is Free Will or no Free Will. This is physics. Either we can – by an unknown force in our brain called me or I – when we want to – break the path of causality since the Big Bang like no other force in universe can do…or either we can’t do that and live under the same rules like everything else – living or dead – in universe. There is no middle road. It’s on or off.