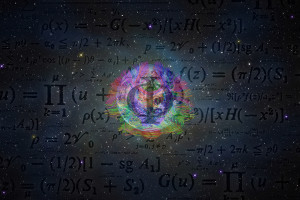 The Elite have the algorithm and computer power to calculate the causality past to know the future. Others want this information and technology for different reasons. Some want to delete it from the face of the earth. Most do not understand it at all or just ignore it while living their life’s according to the basic needs and rewards for Homo Sapiens – just like today and like all times through human history.
The planets human population totally is heavily reduced compared to present numbers – this beacuse of climate changes, viruses and declined fertility. There have been a couple of catastrophic periods, but most of the changes have been over longer periods and humans have adopted and compromised over generations. Humans are the most adaptive species the evolution have ever produced.
Some urban areas – especially in Europe and Japan – are gone beacuse of radioactivity from the long gone nuclear energy systems and wast amounts of “long-term” stored waste from those systems. All energy produced by man is now from biogas, sun, wind and water since many generations.
Many other species are extinct, others have thrived. New biotopes have emerged, others faded away.

The world is basically divided in separate systems; some totally isolated and autonomous, some more or less interacting with other systems.

Phenotopia: 85% of the world population lives and strives like today and like mankind always have done. Some accept the science and the fact that there is no Free Will, but is of course still under the spell of needs and the hunt to satisfying those needs. Most can not even comprehend the science and the fact that notion of Free Will is just an illusion – they ignore the whole thing and carry on in their automatic fashion. Some actively reject the science and regard it as the work of the devil or some dark force – they embrace different kinds of religions and claim to have Free Will given to them by god or gods.

Connectomia: 10% have totally left the wheel of progress, production and consumerism – the material world. They have fully embraced the fact that they have no Free Will and live in enclaves close to nature household – only fixing the protein and sweet water they need to survive and some shelter. They live a lazy life in warm areas of the world – some have solar cells to fule some computers for communication, some just communicate through travels by foot and simple sailing boats. Most enclaves are vegetarian, some eat fish and hunt randomly. No domestic animals for feeding are held, just cats, dogs and other animals for company and watch out.

Algorithmia: 5% are “The Elite” or “The Prophets”; they have the super computer cluster and the algorithm to compute events in the future with numbers from the past. First they could see just seconds in the future and in very specific context’s (weather, animal cluster movements, etc) but as years go by they calibrate the science and today they can se one to ten days in the future depending on what event and where it take place.

The conflict? Well – I will come to that in part two of this synopsis. Something is cooking…and a fourth enclave is forming; Enthropia.