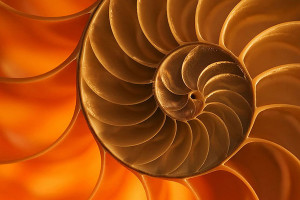 Today we know that every decision made by our consciousness is actually made (about) a second before we believe we made it. So when our conscious self decide to move the thumb, a subliminal system in your brain have prepared to move the thumb a second earlier. It was not you – your self-aware consciousness – who moved the thumb – it was a motion made by causality. And a second is of course a very long time in this matter.

But how come that all players in – for example – a basket match can play at all when the time between the brains preload and the actual body execution is so long? All those individual movements should be chaotic and no organized system should be possible. Also consider that the impulses to every individual – information through the senses (eyes, ears, skin, etc) witch are vital for “descicions” about the next move – also takes some time to process by the brain. The latency should be a problem.

It all works because it’s all predestinated – every individuals move is the result of causes and effects outside the consciousness. All those players together moving around “rationally” is just a pattern like the snow crystal or the sand on the beach is a pattern – or patterns in a beehive. It’s all patterns caused by causality – like many patterns in nature who comes and goes depending on wind, water or other elements or agents. When you see a perfect synchronized march of soldiers on the square – or a pianist playing Chopin – it’s all executions of zillions of causalities. Like when molecules build up a living cell – or living cells building up an animal or a human life. We don’t expect all that to be decisions made by a consciousness. A cell just duplicates when it’s time to duplicate – because of events just before. Either do we expect that someone or something is making zillions of decisions when a cloud builds up and dissolves in the sky.

If we look at the universe in a crystal ball – and run the film very fast – we will see the Big Bang generate events, movements, clusters and patterns. If we zoom closer in to the Earth, we will see the same happening on our planet; nature building up patterns – a huge rainforest shows up…and disappears. Deserts comes and goes. Ice belts move up and down from the poles. We will see patterns “made by” Homo Sapiens; clusters of urbanization, flashes of electric light, agricultural symmetry. If we slow down the film some, we will see that many smaller formations – patterns – are made; armies in battle, hockey matches, marches for peace, a balett performance, the Internet. And deeper in – in one of the animal or human bodies – it’s all the same; formations, clusters – life supporting and malignt patterns i constant war. The history of mankind – with all it’s civilizations and ecologic destruction – is a number of temporary patterns floating around a short time on one of the many planets in Universe. A short blink in a mostly dark cosmos.

It’s really just energy in different shapes. Restless energy in constant change – running down the path of entropy. Some patterns – multiplied energy exchanges – are more complex than others. Some are (for our brains) symmetric – others are not. Some are made in micro cosmos – some in macro cosmos. Some are delivered by wind or water or gravitation, others by biological clusters like Homo Sapiens or termites. Some by exchange of electrons on molecule level or electro-chemical exchange in a brains synapses. At the end of the day; it’s all the same except size and speed. Energy makes agents for energy – and things have to happen because something earlier was happening. The material world is a by-product of energy exchange. Waste or treasure – it’s values and symbols made in our brain. It IS.

If this makes you sad och scared or both – or maybe blessed to not understand the reasoning at all – that’s not up to you anyway. Your reaction reading this text – a pattern of symbols – is predestinated and nothing your self-aware consciousness have anything to do with.
For me it’s all incredible beautiful – I’m amazed – even though I know that there is no esthetical or motional values in cosmos – nothing like good or bad or ugly or nice. But I’m just an emotion-driven mammal robot and I’m supposed to feel this way right now. I’m curious what will happen next…and then…and next…